“Barriers to Employment” Doesn’t Even Make Sense to Most People

At the end of last month’s Connection Crew Academy Employment Programme, Alice Adams, Year Here Fellow and Impact Officer at Connection Crew reflects on the re-boot.  Here, Alice describes how and why she engaged programme partners to prepare people marginalised from the job market for employment.

These were the first answers given to me when I asked a group of nine individuals what their barriers to employment were during an employment preparation programme I recently designed and delivered for Connection Crew.

The term “barriers to employment” doesn’t even make sense to most people. Probably because most people have never had to think about it. But with a failing welfare system which markets employment as the cure; charities, job centres, and even profit-making businesses are keen to level the playing field to diversify the workforce and ensure that everyone can become a financially independent member of society. 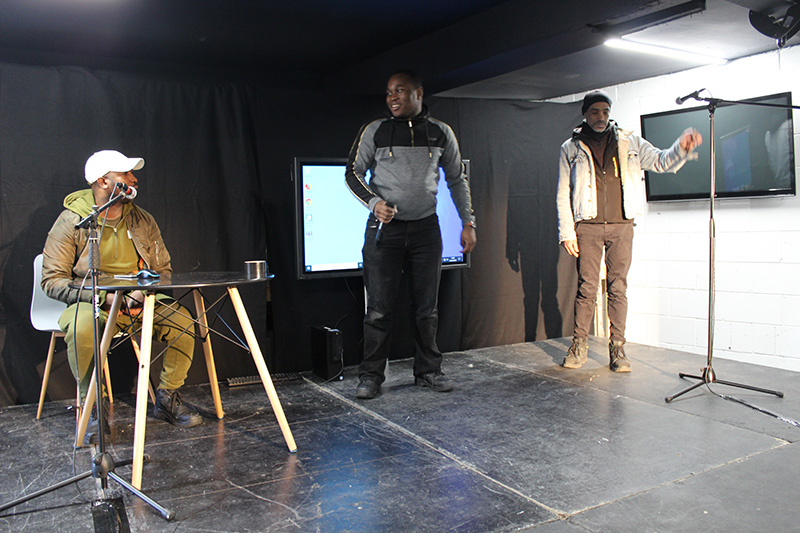 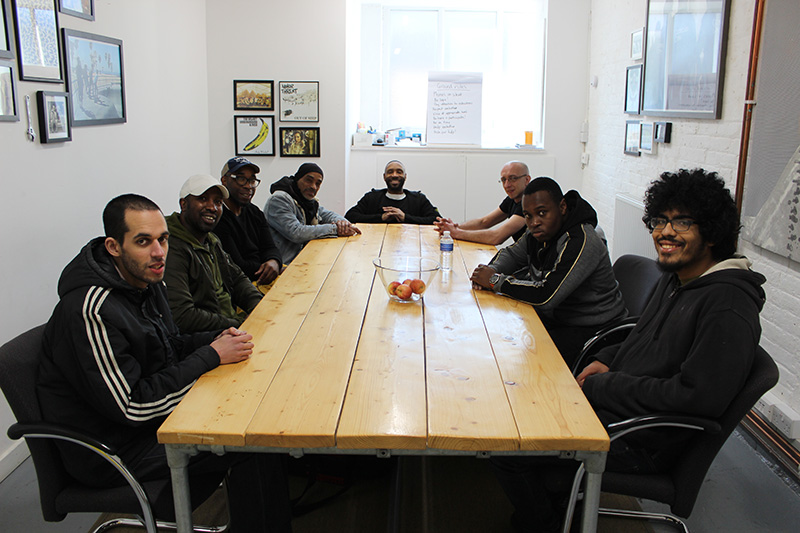 The thing is, this six day Employment Programme won’t instantly break down the barriers that society consistently puts up for some. Instead, it aims to instil a sense of self-worth and confidence, so that participants can successfully display their skills and qualities to employers who will value them.

Importantly, it was six days in a non-judgemental space, a cohort working together in a diverse team to reach a common goal. Egos had to be set aside – as the group pointed out in their speech during the graduation event: “their weaknesses became others’ strengths, and their strengths others’ weaknesses”. Together they were stronger. Patience, self-awareness and the ability to help others became just as important as how well someone could build a stage or set up and focus the lights.

It wasn’t difficult to make the Employment Programme fun and engaging. The trainers and I discarded the idea of workbooks and scoring, instead making the content practical and relevant to the reality of someone’s step towards employment, perhaps for the first time, or after a difficult period in life. 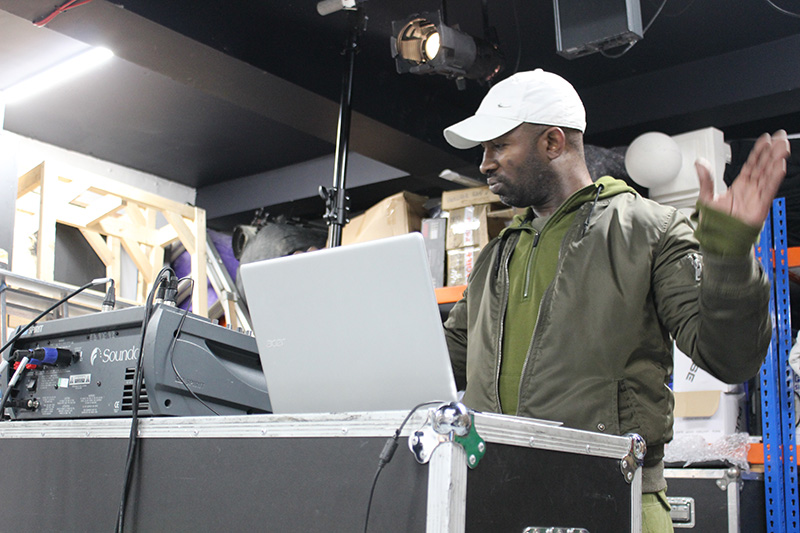 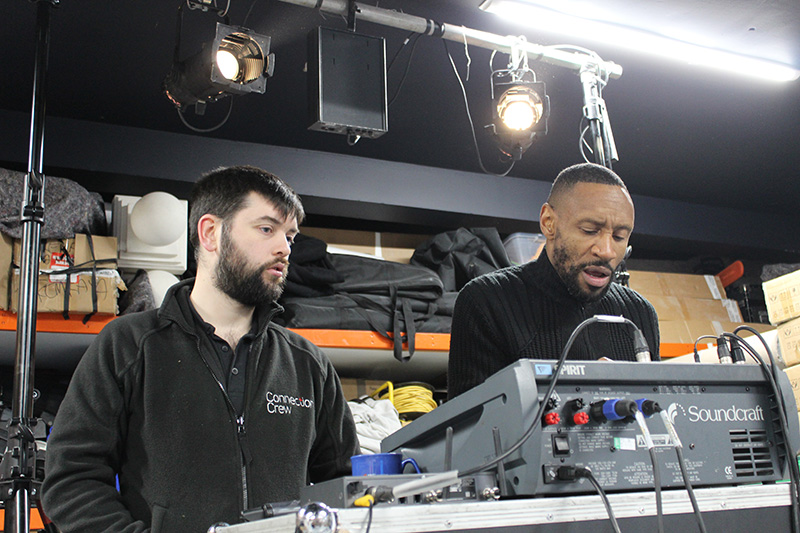 Being event crew is a unique job, however many of the skills required to do it well are transferable to other workplaces. Even though Connection Crew would like to help individuals graduating the programme to become event crew, it needs to be a good fit for both candidate and company. The manual handling training and additional workshops gave participants the chance to find their passions and make informed decisions about their futures.

Most of us know how a new job or situation can affect our mental health. It can feel exciting and grounding to have a sense of purpose and to be learning new things – it can also feel stressful and overwhelming. I spoke to crew members who had been referred to Connection Crew via charity partners and asked them about their experiences starting as event crew after a period of unemployment. Enjoying the job, feeling purposeful and being able to make money were positive influences.

However the ever-changing locations and anti-social hours, along with the additional responsibility, could also increase stress and anxiety – particularly as there were often other factors affecting them. They might have been recovering from addictions, sleeping in night shelters or trying to rebuild relationships. For this reason we engaged a range of programme partners to help equip the cohort with the skills and confidence to tackle personal challenges often faced when taking on a new job. 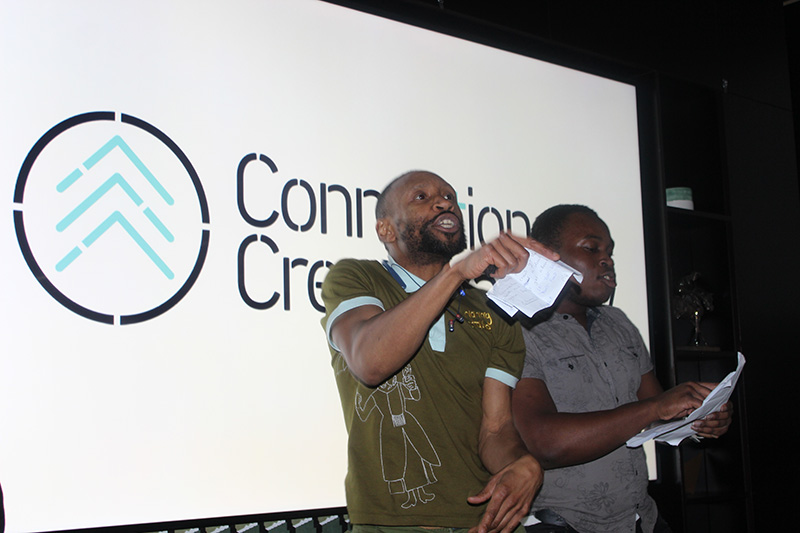 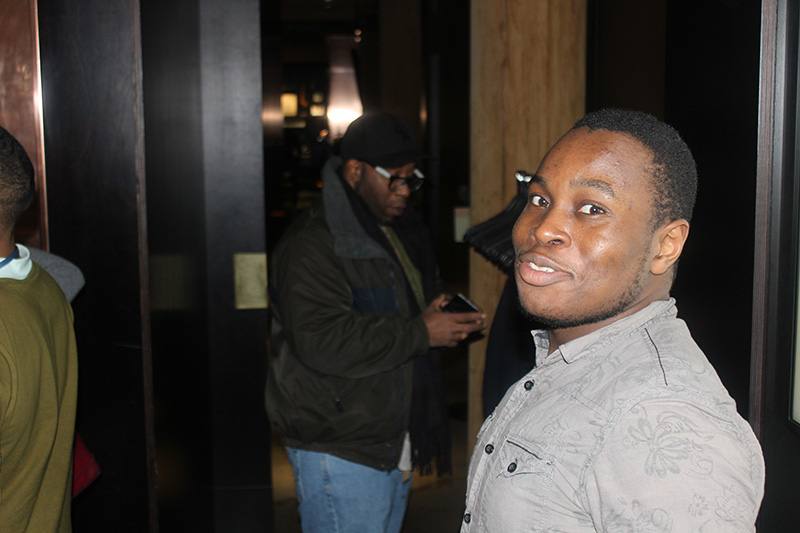 Mental well-being was introduced. The group spent an afternoon talking openly about how their body and mind reacts to stress and anxiety with Debbie from Being Mindful. Debbie introduced the group to mindfulness techniques and breathing exercises, as well as exploring non-violent communication and self-care.

Financial well-being was covered in a lively session with plenty of discussion by Frances at The Money Charity. The group shared ideas for creating honest and realistic budgets and were encouraged to consider how they would balance seasonal work such as event crewing, to encourage financial responsibility and stability.

This tied in well with a Goal Setting session I ran where the group set themselves SMART goals and considered what small steps were needed to reach a future aim. This was bolstered by coaching sessions where participants were encouraged to celebrate achievements and  think about next steps. 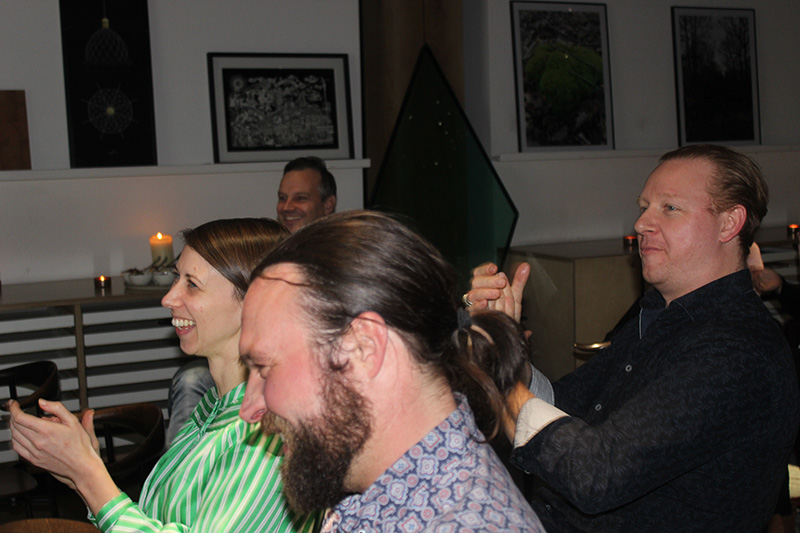 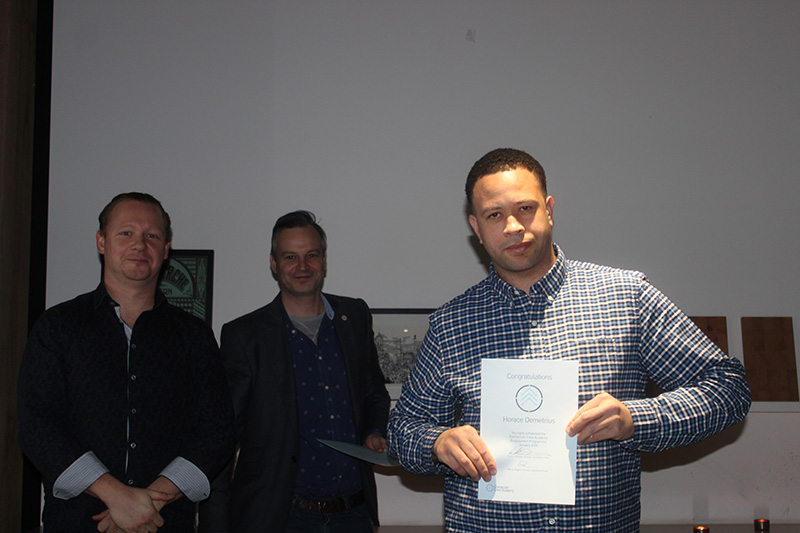 Liz Peters uses elements of improvised comedy and raps about who you are and what you like. This exercise inspired action rather than judgement – of themselves and others. The quick paced and hilarious workshop got the group out of their comfort zones, moving around and thinking on their feet to deal with the unknown.

At this point the team were for their Plan & Build morning.  They were given a brief to put their training from experienced crew members and trainers Cormac and Liam to the test – working together and delegating tasks to build a stage, set up the speakers and audio visual equipment, with plenty of time for mic testing and for everyone to learn how to use the sound desk. This was also a perfect chance for the more experienced in the group to develop and demonstrate their leadership skills.

Arguably one of the most fun days included Senior Operation Manager Mathias’ Navigation Challenge. We started the day at the Barclays Building in Canary Wharf where the group and the Barclays Digital Eagles team shared digital journey planning techniques. 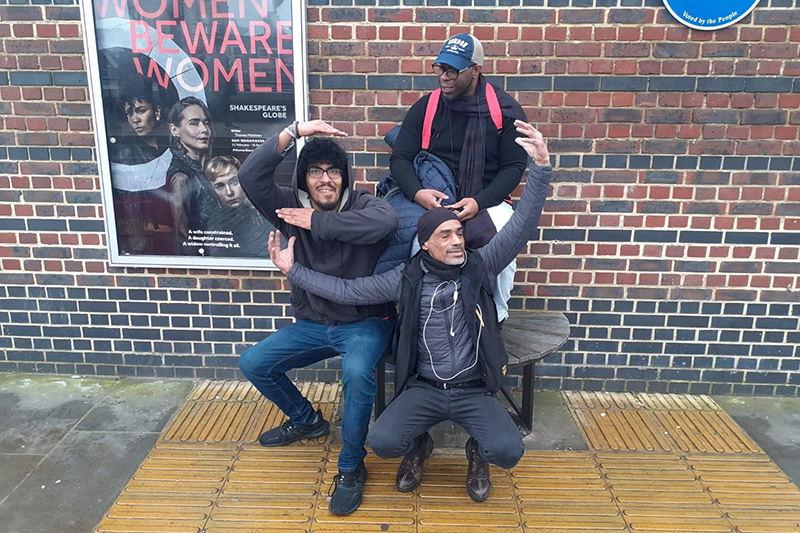 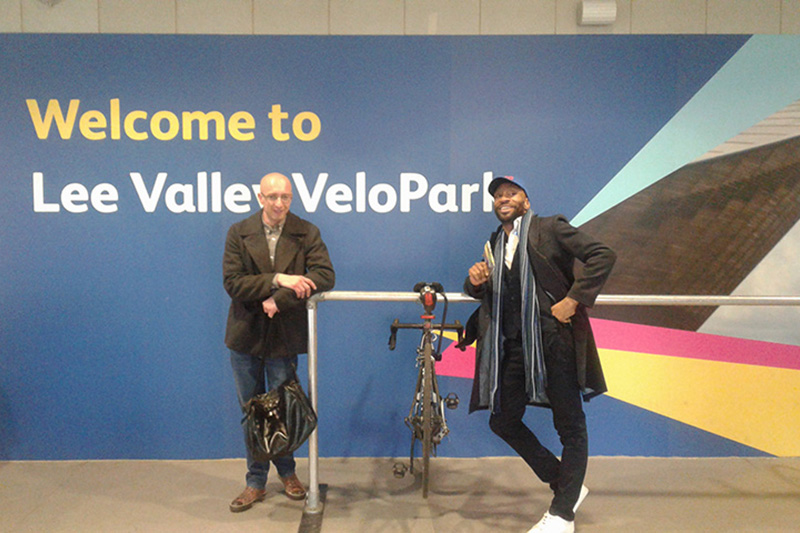 Employment Programme participants were then divided into teams and presented with golden envelopes. Enclosed were various locations throughout London which they were to travel to on public transport and take team selfies, with extra points given for imaginative and unusual poses!

The final destination was the Velopark in Stratford where the group were then introduced to partner employer and delivery organisation Bikeworks. Participants learnt basic bike maintenance skills, with some opting to take up further training in this field.

On graduation evening the sense of pride and camaraderie between the nine programme graduates was visible. The rap and speeches they prepared and presented to showcase their journey and thank Connection Crew and its delivery partners were heartfelt and sincere. We look forward to supporting them on to their next stage, whether that is as a valued member of event crew, or on to further training, may it be in music production or bike mechanics. Our programme doesn’t diminish the fact that discrimination still exists in recruitment practices. But it hopefully equips individuals to showcase their best selves to those employers who do value them.” 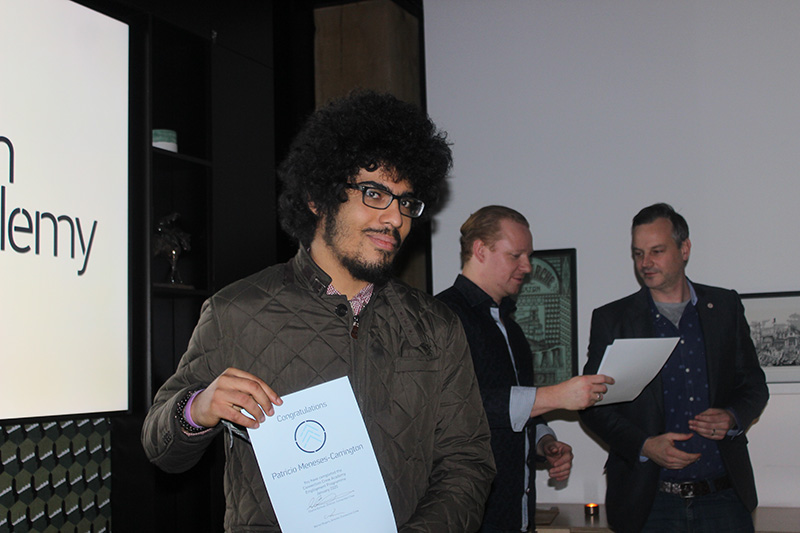 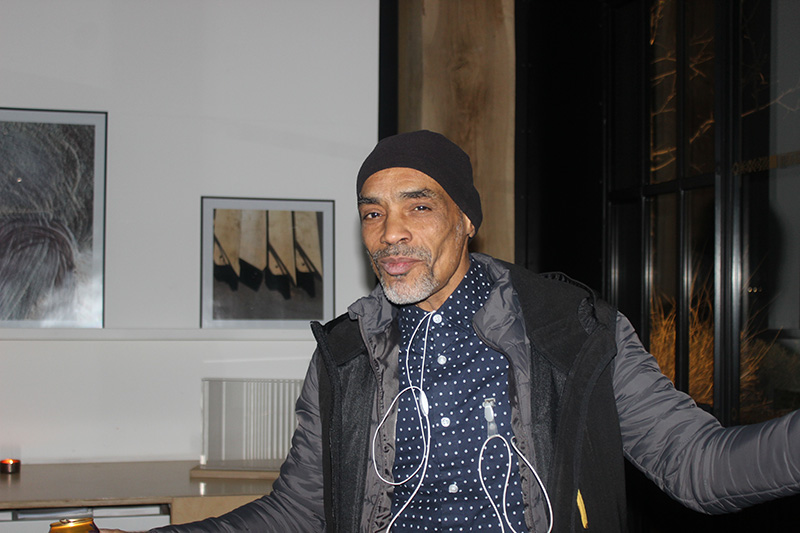 Applications for the April cohort will open on the 2nd of March 2020.